Born in Salford, and having lived and grown up in South Manchester, Dean Coady OBE is  a former Parachute Regiment soldier. He joined Greater Manchester Police in 1990 and remained ‘front-line’ throughout his career. He has been attached to numerous and varied Police departments including; Organised Crime, Special Operations, Murder Squad, Gang Unit- based in Moss Side and  the Counter-Terrorism Unit, where he acted as an Engagement Officer, providing a conduit between the communities in South Manchester and surrounding areas, and the Police. Dean is also a trained Hostage Negotiator and Illicit Drugs expert.

Throughout his career Dean has continued to concentrate his efforts, to engage with those classed as, ‘least-heard’, the disenfranchised and the most vulnerable individuals and groups in local communities, and those abroad.

He has worked tirelessly with Mental Health staff, Social Workers, Teachers and other Safeguarding Professionals, Local Authority, Education, Pupil Referral Units, Housing Associations as well as police officers from Manchester and other forces throughout the UK. Dean has designed and developed realistic training and intervention packages, to assist those at risk, or affected by radicalisation and extremism, street gang activity, child sexual exploitation and the exploitation and trafficking of young people from their home areas, to become involved in crime. (County Lines).

As of March 2022, Dean has delivered safeguarding training to over 65,000 individuals across the UK.

He has also spent time visiting and staying with tribes and local communities throughout Africa and South America, and brings a true desire to engage with the numerous Diasporas that have settled in the UK.

Prior to his retirement from the Police  in October 2014, Dean was one of the highest decorated officers in the United Kingdom, receiving numerous police and judges awards He was also presented with an  ‘Unsung Hero’ Award in 2014, by the NWG (CSE specialists)and the Order of the British Empire, (O.B.E) in the Millenium Honors List.

Dean has also been employed as an international investigator and police advisor in America,where he was engaged in investigating high level corruption ‘in-office’.

He has also delivered a bespoke training course in North Carolina for drug enforcement operatives.

Dean is currently employed as an Independent Trainer, developing and delivering resource and training packages for Safeguarders and young learners in relation to, Radicalisation and Extremism, Street Gangs, County Lines, CCE, Crime and Consequence and Community Cohesion.

Dean is currently (or recently has) been working with a vast array of organisations, including; Pupil Referral Units across the UK, Manchester City FC in the Community, Liverpool FC in the Community, Everton FC in the Community, Merseyside, Lancashire, Greater Manchester, Cheshire and Hampshire Police, CAPE, The Manchester College, Blackpool College, Salford Uni, and is also a professional friend to Active Communities Network, National Working Group- Child Sexual Exploitation organisation, Children of the Night- combatting Child Prostitution in the US, Barnardo’s, Children’s Society, and was was on the initial meeting of the NSPCC steering group in relation to responding to the threat of Radicalisation and Extremism.

He was also recently retired from being a School Governor at 17 Pupil Referral Units across Manchester, part of the Home Office, Ending Gang and Youth Violence cohort and has been invited to speak at the House of Commons in relation to County Lines.

When not engaged with Safeguarding training across the UK, Dean is involved in training Bush Rangers across Africa, in rule of law, use of force and soldiering skills. In September 2019 he was awarded honorary Bush Ranger status as a result of his work in training the first all female Bush Ranger Unit in Kenya.

Dean has access to various specialist trainers throughout the UK.

“Some people will spend their lives in the pursuit of perfection, an aim that is rarely achieved. I might not be able to deliver perfection, but by the end of a days training, I guarantee that I will deliver ‘Progress.’ “ 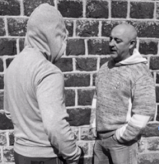 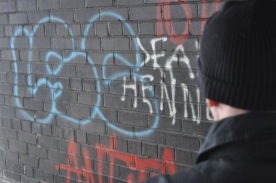